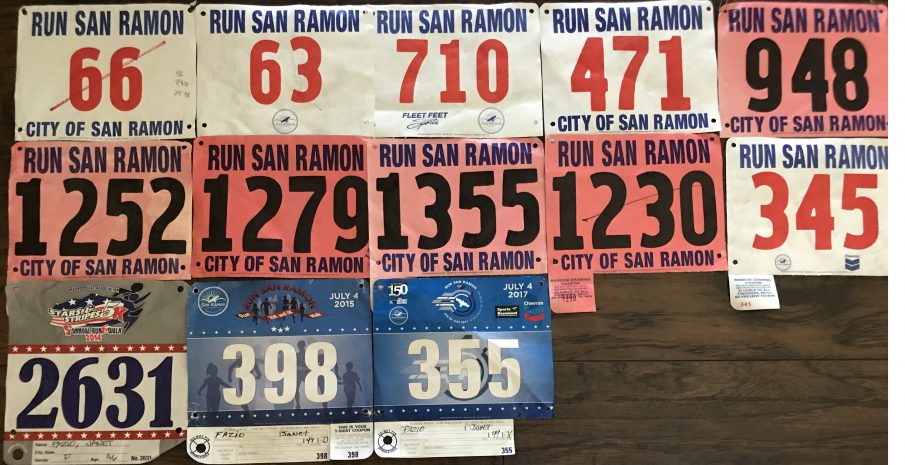 This Fourth of July marks the anniversary of my very first race, a 5K in my hometown of San Ramon. Prior to hitting the pavement for this race, I was a treadmill-only runner who kowtowed under pressure to the gal doing my hair who had recently taken up running.

“It will be fun,” she promised.

I don’t know if it was the thrill of running in a pack or the free ice cream sandwiches they were giving away after the race, but I was hooked.

That little 4th of July event, not chip-timed, because back then it was too new of a technology and too small of a race to bother with it, led to a few other races that year, and countless others in the years that have followed. 5Ks turned into 10Ks, then I added dozens of half marathons – many in cities unknown with the goal of seeing the country. I have had the pleasure of meeting some fabulous people on planes, in line to board buses headed to the start line, and never once felt alone at dinner, even if I traveled by myself, because when you’re a runner in town for a race, there is always someone to talk to over pasta, chicken, or my favorite, steak, medium rare, a baked potato and a glass of wine.

The tradition I started all those years ago has kept me running my anniversary race all but one year when an injury sidelined me. If you don’t have a 4th of July running tradition, here are a few suggestions on how to start one.

Sign up for a Race
If there’s not a race in your hometown, there probably is one in a city nearby. Check out Active.com or Running in the USA to find one close to you. Think you can’t run a 5K or 10K because you’re training for a longer distance race? Don’t sweat it. Get to the venue early, get some miles in, then run the race at tempo pace. If you still have miles to do, cool down after the race to finish up your run. You’ll keep to your training schedule, plus have plenty of company (not to mention aid station or two)  for at least part of the run.

Host a run
If there’s not a local race to jump into, there’s still plenty of time before the parades, picnics, and barbecues to get a run in. Call your friends, see who is in town and plan to meet up early in the morning. Since it’s not a workday, you can enjoy coffee or breakfast afterward  – or even a potluck breakfast back at your house – and still have plenty of time to participate in all of the holiday festivities.

Make it a family affair
If you have kids, get them active too. Little ones may need to be in a stroller, but older kids can ride bikes or scooters alongside you if they aren’t up to running your pace or distance.

But wait, I’m going to be out of town
If the 4th has you traveling, stop by a local running store to see if there are any planned group runs or races in the area for the 4th. If not, ask for some route suggestions. If you’re staying at a hotel, check with the concierge or front desk staff to see if they have published routes.  Be sure to carry your phone with you in case you need to double check directions.

As I think back to that first 5K, so many years ago now, I have to thank Amy for getting me out of the gym and onto the road, where I’ve had the pleasure of meeting some great training partners and even better friends. Although she no longer runs, Amy still cuts my hair. I still look forward to running my hometown 5K each year.

Where will you be running this 4th of July? 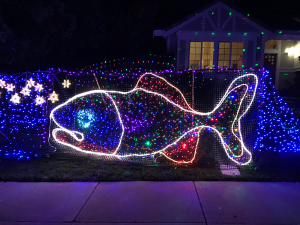 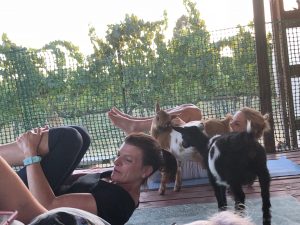 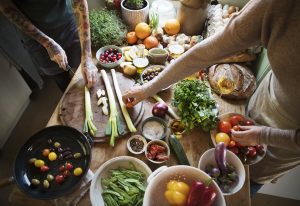